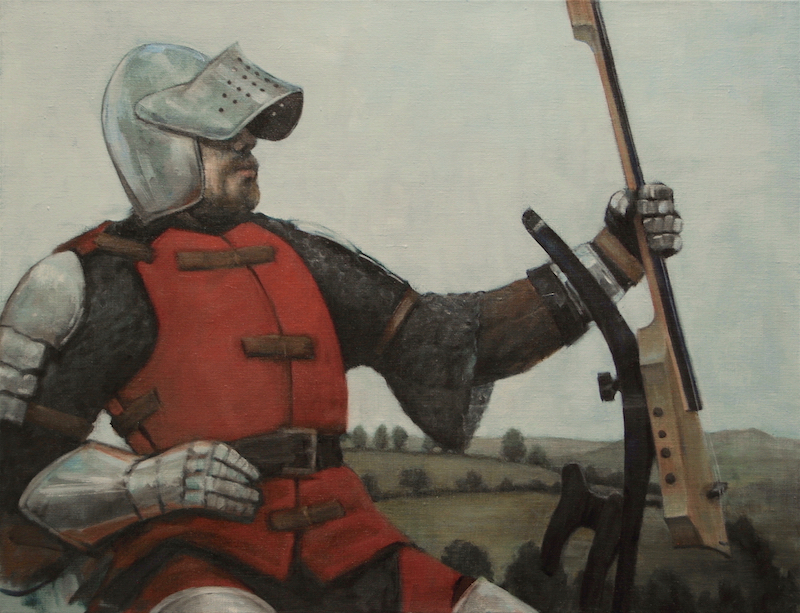 Tudor Jones 2 (with apologies to Uccello)

Tudor plays the electric cello in the Cardiff dance band Inc.a – performing in replica medieval armour. He sat for a small, monochrome painting in 2013, though returned to sit for this canvas three years later.

The landscape is borrowed from the Fifteenth Century Italian painter Paolo Uccello, and suggested itself at an early stage in the process.


Enquire about this picture